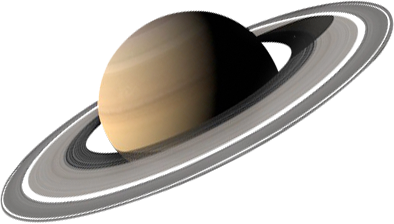 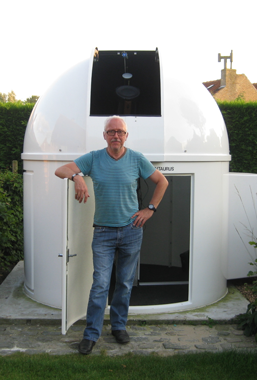 My name is Emmanuel Fabel and I live in Wulpen (Belgium).

Astronomy always interested me, Ever since the first moon landing in 1969. I got my first telescope from my father, bought in an optics shop in Blankenberge. It was not more  than a retractable binocular, but during my holiday I watched with great admiration the craters on the Moon and the planet Jupiter.

Some years later I bought, with the money I earned as a student, my first telescope. In that time I earned €1.00 per hour, so you can guess that after two months working during the summer holidays, i did’nt have much money to purchase a telescope. It was, on the advice of my parents, a second hand 40 mm Azimuthal Polarex Viewer. At the time, bought at the optics shop of Jo Dierickx in Ghent. In the early 70 ‘s i became a member of the VVS and later I founded in Merelbeke JVS IO. But when the members one by one had to do their military service, the JVS core stopped.

In the early 80 's, when I was married, I bought a 11 cm Viking Newtonian reflector at optiek Hoet in Roeselare. I used that telescope for more than 20 years.  10 years ago I finally bought an 8 "Meade Smith Cassegrain telescope and I build a small Observatory in my garden. Meanwhile, I have now a dome of Pulsar Domes and two telescopes. A Celestron 9.25 "Smith Cassegrain telescope and a 107 mm apochromatic refractor of APM, on a very solid SkyWatcher HEQ6 Pro.

To photograph I use a ASI120 camera for Moon and planet photography and a modified Canon 1100D digital camera for deep sky images. I use a Atik 16IC ccd camera as guiding camera. As software I use backyard EOS.

On 13 January 2014, the first Observatory at the Belgian coast opened his doors.